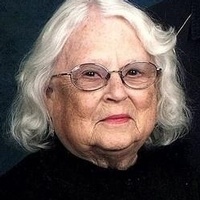 After a 96-year life journey, Jane Agnes Pearson Whitten of Ocean Park, Washington died peacefully on Wednesday, August 1, 2018 at the Circle of Life. Born to William and Agnes Pearson in Portland, Oregon on July 20, 1922, the family soon made their home in Ocean Park, Washington where her father served as Postmaster and opened a new grocery store in 1927 next to their family home. The store was located where the new Ocean Park clinic now stands.

Jane attended grade school in Ocean Park and graduated in 1940 from Ilwaco High School. She went on to attend St Helen’s Hall Junior College before marrying Robert “Bob” Floyd Whitten on January 9th, 1942. Stationed in Tillamook, Oregon during WWII, Bob convinced a pilot to fly him through a fog bank to Astoria to visit Jane after the birth of their daughter, Joy in 1943. In 1945, Bob and Jane returned to Ocean Park.

After Jane’s parents retired, Bob followed in his father in-laws footsteps becoming a U.S. Postmaster. Besides maintaining their home, Jane served on the Altar Guild of St. Peter’s Episcopal Church, was a member of the VFW Auxiliary, led a 4-H club, was treasurer of the Ocean Park Village Club, and assisted with fundraising for many local events including the senior class party. Jane was recognized for her many years of dispatching for Fire District 1 from a “fire phone” in her kitchen while Bob served as Fire Chief. She often did this while trying to corral her three granddaughters.

In their retirement, Bob and Jane enjoyed swimming at the Dunes pool, walking their golden retrievers to the beach, gardening, and tending to their family. After Bob’s death in 2014, Jane was able to remain at the family home to enjoy her view of the ocean due to the tireless care of her daughter Joy.

To order memorial trees or send flowers to the family in memory of Jane Agnes Whitten, please visit our flower store.