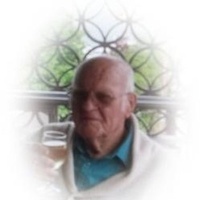 Robert T. Maag, passed away June 9, 2018 peacefully at home in Seattle. He was born June 1, 1925 in Portland, OR, but as a child lived primarily in the Finnish community of Naselle, WA, where he developed his life-long passion for hunting and fishing. After high school graduation, Bob enlisted in the Marine Corp and served in the South Pacific primarily aboard the battleship Pennsylvania where he fought in 5 major sea battles. After the war he enrolled in college at Washington State, but left and moved to San Francisco where he earned a degree in mortuary science and where he met his first wife, Nancy. They were married in 1950 and had 3 sons, Steve, Rich and Dave. They divorced in 1975. He married his second wife, Mary Lou, in 1976, her husband had died very young and she had three boys, Joe, Alan and Kenny, which Bob raised as his own. He began his long career as a funeral director in Vancouver, WA, but soon moved to Seattle where he first owned Johnson and Hamilton Funeral Home, which later merged with Johnson and Sons. He finished his career at Cummings Funeral Home. He spent a number of his years in retirement delivering flowers for LaVassar Florists.

He was very active in his community, a member of Seattle Executives, a leader at Central Lutheran Church, a Mason and member of the Shriners Nile Temple. In his spare time he enjoyed hunting and fishing, playing bridge, coaching baseball, going to Husky football games (he was a season ticket holder for almost 40 years). He and Mary Lou, were world travelers visiting every continent and dozens of countries and making friends all over the world. They were also avid square dancers for many years and danced and competed all over the Pacific Northwest.

Services will be held at Acacia Funeral Home, Tuesday July 24 at 1:00 PM. Graveside services will be at Peaceful Hill Cemetery in Naselle, Wednesday at 2:00 PM, fittingly during FinnFest, an event he often attended.

To order memorial trees or send flowers to the family in memory of Robert T. Maag, please visit our flower store.