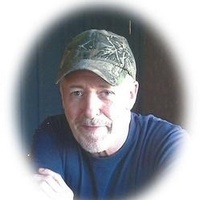 Larry A. Carter, 67, died at his Long Beach residence on July 15, 2018 with his family at his side. The son of Richard and Patricia (Woodall) Carter, he was born in Boise, Idaho on July 31, 1950. At an early age he moved with his family to the Peninsula. Here he attended Long Beach elementary and was a graduate of Ilwaco High School, class of 1968.

Following high school he worked at Art's Auto Parts in Long Beach. He and his brother Richard began Carter's Reforestation which they operated for a number of years. His final employment was as owner of Larry's Sharp Shop in Long Beach until retirement.

Larry was a member of Ocean Beach Presbyterian Church. He always enjoyed being outdoors, camping, fishing and deer hunting. He followed NASCAR, participated in moto-cross in younger years, and was a car enthusiast, especially muscle cars. A skilled handyman and talented wood worker, he was knowledgeable of most things mechanical and Larry was always one to share a great story.

Larry married Diane Alexander on November 20, 1982 in Long Beach; she survives residing at the family residence. Also surviving are his father Richard of Long Beach; brother Richard of Olympia; and other members of his extended family.

A private memorial will be held later. Memorials are suggested to the South Pacific County Humane Society in care of Penttila's Chapel, PO Box 417, Long Beach, WA 98631. His guestbook is available at www.penttilasdchapel.com.

To order memorial trees or send flowers to the family in memory of Larry A. Carter, please visit our flower store.