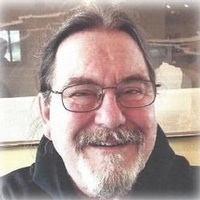 Laurance “Larry” Kemper Dowd, 65, died July 9, 2018 in Raymond, WA surrounded with love from his wife Tammy. Larry was a ten year resident of the peninsula. He was born in Hawaii on August 22, 1952, the son of Andrew Scales Dowd Sr. and Caroline Hefner.

Coming from Tigard, Oregon, he moved to Astoria, Oregon and met Tammy Morrow in 2007. Larry asked Tammy out on a date, and on the fifth try, she said “yes” and it was love at first sight. Larry and Tammy married July 3, 2008 in Arizona.

Larry received a trophy for 1 million sales as a salesman. Later, he owned his own business, “Fiber Trim”. Larry and Tammy attended church every Sunday at their little church in the woods, Faith Center in Bay Center, Washington. Larry was so generous. He loved music and enjoyed playing the guitar. He was an avid reader and loved to read to his step grandchildren. Larry was also an amazing cook. He was known for his chicken salad, pico de gallo and guacamole.

He was a great husband, father and Popie and will be missed by so many: wife Tammy, mother Caroline of Arizona, sons Rick Dowd, Chris Dowd, both of California, daughter Anna Dowd of Lincoln City, Oregon, brother Andrew Scales Dowd Jr. of Knoxville, Tennessee, nieces and nephews Caroline, Jessie, Cheney Dowd of Minnesota and many grandchildren all survive Larry. He is preceded in death by his father Andrew Scales Dowd Sr. and brother William Dowd.

To order memorial trees or send flowers to the family in memory of Laurance "Larry" Dowd, please visit our flower store.