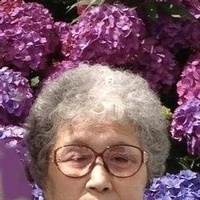 Reiko Dziados, 87, died on June 26, 2018 with her family at her side. Born June 26,
1931 in Tokyo, Japan, she was the second, and oldest of two children born to
Japanese dentist, Dr. Tatsuo Inoue, and Japanese mother, Matsue--a homemaker.
Reiko was born into a relatively small, family with few uncles/aunts, and cousins; and,
she was not in contact with them from her U.S. residence over the past several
decades. She attended elementary and middle school, and graduated from high school
in Japan.

While in Japan during post-WWII occupation, a dashing, U.S. Navy enlisted, sailor held
a door for her—and, the rest is history. She and Edward Dziados were married in
Tokyo, Japan on January 23, 1949.

With Ed in the military, she moved internationally on a regular basis—finally, settling in
Naselle Washington largely due to Ed’s fondness for the outdoors. Reiko was a wife,
homemaker, and mother to one son and three younger daughters. Although Reiko’s
spiritual upbringing was in Shinto and Buddhism, Ed had their four children baptized
and confirmed in the Catholic faith.

Reiko enjoyed serving and spending time with her children, grandchildren, and great
grandchild. She enjoyed traveling to visit her children and their families—as well as
returning to Japan on several occasions for short visits with her parents, brother Dr.
Hirofumi Inoue, sister-in-law Yumiko, and their two sons’ families.

Although, Reiko never obtained a driver’s license, due to life-long eye problems, which
ultimately blinded her at age 50, she could discern enough, and in combination with
poor hearing in one ear, managed to communicate reasonably well in English and
Japanese. That is, up until after age 70, when her already-poor vision worsened—and,
even her one good ear continued to deteriorate—in spite of hearing amplification.
Reiko is survived by her son, Joseph Dziados of Keizer, Oregon; and three daughters,
Carol Dziados and Karen Wirkkala both of Naselle, Washington, and Kathi Francis of
Tualatin, Oregon; four grandchildren; one great-grandchild; and sister-in-law Yumiko
Inoue and four grandnephews all of Tokyo, Japan. Besides her husband, who died in
1995, Reiko was preceded in death by her brother, Dr. Hirofumi Inoue, her father, Dr.
Tatsuo Inoue, and her mother Mrs. Matsue Inoue.

Memorial service was held July 6, 2018 at The Lutheran Church in Naselle with reception following.
Please give cash donations to Naselle Lutheran Church, PO Box 100, Naselle, WA 98638.
Her guestbook is available at www.penttilaschapel.ccm.
To order memorial trees or send flowers to the family in memory of Reiko Dziados, please visit our flower store.