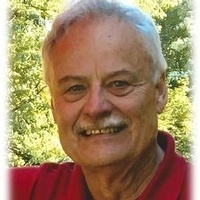 Mark Allen Woodham, son of Wallace and Ardith Woodham, passed away June 27th 2018 at Good Samaritan Hospital in Puyallup, WA surrounded by loved ones. Though he’d been battling a heart condition for the past year, his passing was sudden and unexpected.

Mark was born in Ilwaco Hospital on December 18th 1952. He grew up on the Long Beach Peninsula with his brother Brad, where they fished – a true life passion –hunted ducks, trapped, dug clams, and made many lifelong friends. In his younger years he was an athlete, participating in varsity basketball at Ilwaco High School. As such, he was passionate about sports, especially his local teams, and was an encyclopedia on sports related statistics.

Mark graduated from Western Washington University in 1980 with a degree in exercise science and biology. After injuring his back, he was compelled to continue his education in the relevant science of spinal care and its clinical applications, thus pursuing a doctorate in chiropractic and becoming a leader in his field in spinal research. This resulted in him publishing a landmark review on a significant prognostic marker of low back pain. As a chiropractor, Mark dedicated his career to the well-being of others. Those he treated were more than patients to him. He truly cared about healing their back problems, and even more so was someone they could always lean on for support of any kind.

He is survived by his twin sons, Tom and Andy Woodham, his two beautiful granddaughters Rowan and Mona Woodham, his brother Brad, niece Brianna Woodham, and the love of his life Kym Ryan. Mark was very involved in his sons’ lives, and this translated to his relationships with his granddaughters.

A memorial service to celebrate his life, friendships, and accomplishments was held at Penttila's Chapel by the Sea in Long Beach on Sunday July 1st at 12 Noon.  His guestbook is available at www.penttiaschapel.com.

To order memorial trees or send flowers to the family in memory of Mark Woodham, please visit our flower store.