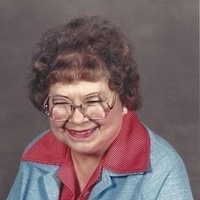 Rose S. Siemroth, 86, died at her Ilwaco residence on June 26, 2018 with her family at her side. Born April 19, 1932 in Watkins Glen, New York, she was the second of five children born to Mario and Vera (Brown) Saraceni. Her father was an Italian immigrant and her mother was one of thirteen children born of Scottish-Irish parentage. Rose was born into a large extended family with many cousins. She attended Watkins Glen elementary and high school.

Rose joined the US Army during the Korean Conflict, graduating from dental hygiene school at Fort Sam Houston Army College. She served as a dental and nursing assistant in the Army until 1956. While stationed in Germany a handsome enlisted man held the door for her. She and Forrest “Frosty” Siemroth were married in Germany on April 7, 1956.

Settling in southeast Portland, Rose became a wife, homemaker and mother to two daughters. She attended Christ The King Catholic Church, and was employed as a nursing assistant. In 1956 she and Frosty moved to Ilwaco. There she was manger of the two family businesses, one a fishing charter office and the other a marine survey business. She helped Frosty in his commitment to St. Vincent DePaul Society and the local food bank. She was a devout member of St. Mary's Parish of Seaview.

Rose enjoyed crocheting and knitting, enjoyed traveling to Canada and throughout the western States, was a “servant of the heart” along side Frosty in helping others in the community, and loved time with her grand and great-grandchildren.

Rose is survived by her daughter Martha Young of Bainbridge Island, WA and Clare (Robert) Schaefer of Mission Veijo, CA; brothers Mario Saraceni of Florida and Thomas Saraceni of Oregon; sister Marg Anna Borich of Sunbury, PA; grandchildren Scott Young, John Young and Karen Young-Lantz, Karen, Ken, Victoria and Kim Schaefer, Christopher and Matthew Saddoris; four great-grandchildren; and numerous members of her extended family. Besides her husband who died in 2010, Rose is preceded in death by her brother Scotty Saraceni.

Funeral Mass will be held Tuesday, July 3, 2018, 11:30 AM at St. Mary's Catholic Church in Seaview with a reception following. Recitation of The Rosary will be held Tuesday evening, 7:00 PM at Penttila's Chapel in Long Beach. Graveside rites with military honors will be Thursday, July 5th, 10:00 AM at Willamette National Cemetery in Portland. Her guestbook is available at www.penttilaschapel.com.

To order memorial trees or send flowers to the family in memory of Rose S. Siemroth, please visit our flower store.