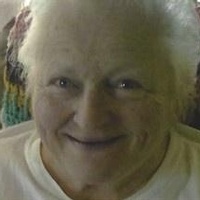 Peggy Sue Thompson, 77, died at her Klipsan Beach residence on June 23, 2018 surrounded by her family. The daughter of Charles and Dona (Fanning) Neal, she was born in Alhambra, California on July 30, 1940. She grew up in Alhambra and received her education there.

On November 25, 1964 she married Ronald Thompson in Las Vegas. She became a wife, homemaker and mother and in 1967 she moved to Amboy, Washington. In 1993 she moved to Klipsan Beach where she resided since. Peggy loved the beach, was an avid clammer, loved to crab and sport fish with her husband, and enjoyed watching the birds and fed the squirrels, especially her favorite she aptly named “Peanuts”. She was a loving and devoted wife and mother, simply the “best”, who also enjoyed her grand and great-grandchildren.

No service at her request. Her guestbook is available at www.penttilaschapel.com.

To order memorial trees or send flowers to the family in memory of Peggy Sue Thompson, please visit our flower store.