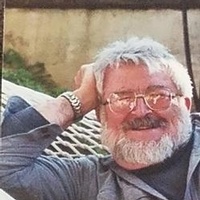 Perry “Gene” Miller, 79, loving husband, father, and grandfather, passed away peacefully in hospice June 5, 2018. The first son of a peanut farmer, Gene was born in Eakley, Oklahoma to Ennis Woodrow and Marsaleete “Pat” Miller on September 27, 1939. The family, along with Gene’s younger brothers Daryl and Larry Joe, moved to Washington State when Gene was 4. They took up residence in Yakima, Wash., where Gene attended school and graduated from Moxee High School. Following that, Gene enlisted in the Navy where he served as a radioman. He also married Aletha Gary on September 13, 1961 and the couple traveled overseas to a post in Japan before returning to Yakima.

Gene worked in construction with his dad “Woody” before taking a job with the U.S. Postal Service. He carried mail on a walking route for over 15 years until a back injury ended his mail career. On looking for new opportunities, he decided to give school bus driving a try. Gene was a bus driver and driver trainer in the East Valley School District for many years, then moved to Long Beach where he continued driving and teaching new drivers until 2005.

More than anything else, Gene enjoyed spending time with Aletha, his tools and gardens, and his grandchildren. He especially enjoyed attending their sporting events and jazz band performances. He could also be found tinkering with his yellow Ford “hot rod” truck or handcrafting wooden walking sticks from beach driftwood. And at the end of July, he could always be found in the stands at the Long Beach Rodeo.

Gene was a member of the New Life Church in Ilwaco, the Chinook Gun Club, and in previous years belonged to the Beach Barons and the Peninsula Saddle Club
.
He was preceded in death by his parents, Woody and Pat; and his brother, Larry Joe. Gene is survived by his wife of 55 years, Aletha; son, Michael Miller and wife Hillary; daughter Michelle (Miller) Chabot and husband Jeff; grandchildren, Madison, Brendan, Alicia and Daniel; his brother, Daryl Miller and wife June; cousins Hilda and Linda, and several nieces and nephews.

A memorial for Gene will be held Sunday, July 8 at 2 p.m. at Penttila’s Chapel by the Sea in Long Beach. There will be no graveside service at this time. In lieu of flowers, memorial donations may be made to the Ilwaco High School Music Department to support the music that Gene enjoyed so much

His guestbook is available at www.penttilaschapel.com.
To order memorial trees or send flowers to the family in memory of Perry Gene Miller, please visit our flower store.