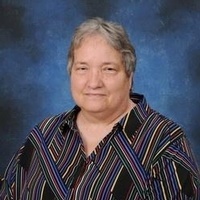 Lois E. Cox-Sampson, 65, died in Portland on June 4, 2018. The daughter of Frank and Erna (Hunnicut) Preston, she was born in Forks, Washington on March 29, 1953. At age two she moved to Ocean Park with her parents and siblings. There her mother ran the Shake Shack, known to many locals. Lois attended Ocean Park Elementary and graduated from Ilwaco High School, class of 1971. She attended Lower Columbia College in Longview for several years.

Lois was secretary at Long Beach Elementary for a number of years before relocating to Hilltop School in Ilwaco where she was registrar at the time of her passing. Lois was an avid reader, enjoyed all types of handiwork including quilting, sewing and knitting, and was known for her baking skills. She loved her interaction with the students and was a friend and mother figure to many.

Celebration of her Life was held Sunday, June 10th at the Ilwaco High School Gymnasium. A reception followed. Her guestbook is available at www.penttilaschapel.com.

To order memorial trees or send flowers to the family in memory of Lois E. Cox-Sampson, please visit our flower store.