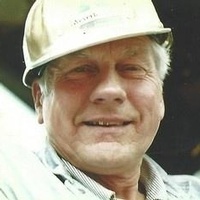 Henry graduated from Naselle High School Class of 1942. After graduation, he worked for a short time at Brix Logging Company in Knappton, Washington, and then moved to Portland, Oregon, where he was employed as a marine machinist journeyman for Henry Kaiser's Oregon Shipbuilding Corporation, a builder of Liberty and Victory ships during World War Two.

Drafted into the military in 1943, Henry was selected during basic training for specialized training in radio communications at the Air Corps Technical Training Command School of Communications Network Systems at Scott Field, Illinois. He subsequently received additional training in radio mechanics in Madison, Wisconsin, and then at the School of Very High Frequency Radio Control Network Systems in Tomak, Wisconsin, where he was trained in the operation of mobile direction-finding equipment. At the conclusion of this training, he earned the rank of Sergeant with promotion to be made upon assignment.

Henry was assigned to the 15th Fighter Control Squadron of the 12th Air Force in Italy and was involved with the first radar unit used in combat. Henry's unit tracked fighter planes during the Rome-Arno, Northern Apennines, and Po Valley campaigns; after those campaigns, the focus of his unit shifted to guiding shuttle bombers back to Italy after bombing runs over German territory.

After the war, Henry returned to Naselle and to logging, first with Johnson Brothers Logging Company and subsequently with M. W. Logging Company, Salmon Creek Logging Company, and Weyerhaeuser Company, where he was employed for 24 years until the company closed its Grays River operation in 1983. At the age of 60, Henry turned his focus to raising cattle and logging his own timber, and did so into his 80s. Rather than view the loss of a steady job shortly before retirement as a setback, Henry saw it as an opportunity to do what he loved and described his post-Weyerhaeuser life memorably: "Enjoyed hobby farming ever after. Yea!"

Henry married the "lovely and gracious" Eva Wirkkala in 1949. Like Henry, Eva was born to Finnish immigrants in a home on the banks of the South Fork, downstream and across the river from Henry.  They had two children, Arlan (wife Kathy) of Naselle and Duane (wife Pat) of San Francisco.

Henry was an active member of the Naselle Assembly of God Church since the 1940s and described himself as a "staunch conservative Republican."

Henry and Eva were married for over 65 years until her death on June 20, 2015. He was also preceded in death by his siblings Ruth (who died as an infant), Judith, Ethel, Estelle, and Peter. Henry is survived by his two children, by four grandchildren, Brandon, Kevin (wife Andrea), Brittany McNally (husband David), and Evan, and by three great-grandchildren, Finn, Willow, and Azlynn.

A funeral service will be held on Saturday, June 2, at Naselle Assembly of God Church. A graveside service will follow at Peaceful Hill Cemetery in Naselle, followed by a reception at the church. Donations in lieu of flowers may be made to Disabled American Veterans (DAV) at dav.org. Arrangements are by Penttila's Chapel by the sea and an online guestbook is available at www.penttilaschapel.com
To order memorial trees or send flowers to the family in memory of Henry "Hank" Pellervo, please visit our flower store.