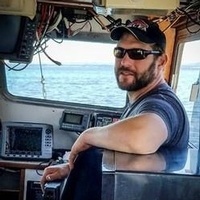 Kevin E. Soule, 39, a lifelong resident of the Peninsula, died May 19, 2018 while fishing on his beloved Willapa Bay. The eldest of two sons born to Ernest and Yvonna “Bonnie” Soule, Kevin was born in South Bend on July 19, 1978. He grew up in Nahcotta, attended Ocean Park elementary school and at an early age began helping his father fish commercially.

Kevin graduated from Ilwaco High School in 1997. He worked with his father Ernie as a commercial fisherman and steamer clam farmer his entire career. He also worked for the Washington State Department of Agriculture coordinating the spartina eradication program in the bay.

Kevin was a devoted family man, raising his two daughters and spending time with wife Heather and the girls. He loved being outside, hunting and fishing and working in the yard at home. He and Heather Unruh were married September 15, 2011 and resided in Nahcotta until building their home in Long Beach.

Besides Heather, Kevin is survived by daughters Nora and Aila Soule and his parents Bonnie and Ernie Soule. His brother Brandon died earlier.

Celebration of His Life will be Sunday, June 3, 2018, 2:00 PM at the Chinook School Event Center. Memorials may be made to the Soule Family Donation Fund at KeyBank in Long Beach. His guestbook is available at www.penttilaschapel.com.

To order memorial trees or send flowers to the family in memory of Kevin Soule, please visit our flower store.