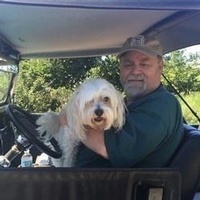 Greg A. Gillette, 62, a resident of the Peninsula the past 40 years, died in Portland on May 22, 2018. The eldest of four children child born to Donald and Betty (Dalgarno) Gillette, he was born in Longview, Washington on August 27, 1955. Greg grew up in Longview. Here he graduated from Mark Morris High School, where he was a member of the pep rally squad.

As a youth, Greg came to the Peninsula with family for vacations. His grandfather Irving and his dad Don both loved to fish and Greg followed in their footsteps. Initially a deck hand on various boats, Greg began on his own with the “Cheryl Ann” named after his sister. Shortly thereafter he and his father built the 58 foot vessel “Temptation” and Greg fished out of the Port of Ilwaco for the ensuing years. He fished from Hawaii to Alaska; crab during the winter months and for tuna in the summer, his favorite fishery. Following retirement, he began a new career for Englund Marine in Astoria until just recently.

Greg was a 30 year veteran with the Ilwaco Volunteer Fire Department, serving as Captain and active in training exercises and vehicle maintenance. In his “spare” time Greg enjoyed fishing (!), deer hunting, following the Seahawks, NASCAR racing and family time. As a young man his grandfather Irving and Uncle Ron (who raced cars) taught him the finer points of car “tinkering”. His pride and joy was his rebuilt 1956 Jeep CJ5.

Memorial service will be Sat., May 26, 2018, 1:00 PM at Penttila's Chapel by The Sea with a reception following at the chapel. Private interment will be at Ilwaco Cemetery. The family requests memorials to the Ilwaco Firemen's Association, PO Box 342, Ilwaco, WA 98624. His guestbook is available at www.penttilaschapel.com.

To order memorial trees or send flowers to the family in memory of Greg A. Gillette, please visit our flower store.