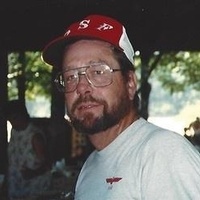 Max was a merchant marine seaman and electrician until he retired in 2001 after 30 plus years. He resided on the Peninsula the past 15 years

Max first married Avis in late 1960s. He married into a very large extended family that he loved very much. He became widowed after 32 years.

Max and his wife Sandra met and fell in love in 1964. They reconnected and married in late 2000s and were married for almost 18 years.

Max loved to fish every season in the Columbia River and always wanted to be out on his boat. Every year, he looked forward to deer season.

Max is survived by his wife Sandra Jones and two sisters Marilyn Bledsoe and Ann Bulick. He leaves behind 4 children; Liz, Sis, Steve and Gilbert; many grandchildren, great grandchildren and many nieces and nephews.

Memorial service will be Sat., June 2, 2018, 1:00 PM at Penttila's Chapel by The Sea in Long Beach. His guestbook is available at www.penttilaschapel.com

To order memorial trees or send flowers to the family in memory of Aaron Max Jones, please visit our flower store.