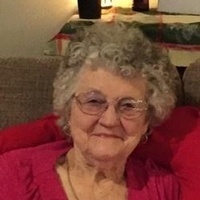 Florence Marie Lovelace, 93, a resident of Ocean Park the past 57 years, died in Longview on May 13, 2018. Born in Junction City, Oregon, she was the first of three children born to Danish immigrants Thomas and Anna Miller. Florence was proud to be a first generation American and throughout her life proud of her Scandinavian heritage.

Her father died when she was eight and Florence helped her mother raise her siblings. In 1942 she met and married Gail Lovelace who was to be her husband for the ensuing 49 years. With times tough, the couple worked various jobs to make ends meet and neither were strangers to hard work. After residing in several locations, Florence setting in Ocean Park where she and Gail purchased and operated the Cozy Corner Motel. Florence also worked during the off season in local oyster canneries and pursued her love of flower gardening.

Florence was a loving and dedicated wife, mother and homemaker; a woman of strong Christian faith. When her grandchildren became part of her life, she enjoyed family time and also focused on her garden, it being a sanctuary where numerous family baseball games, Easter egg hunts and badminton tournaments were held. Her grandchildren loved their “Nana” and she was also blessed with many dear friends.

Funeral service was held at Penttila's Chapel by The Sea on May 19th with burial following at Ilwaco Cemetery. Her guestbook is available at www.penttilaschapel.com.

To order memorial trees or send flowers to the family in memory of Florence Marie Lovelace, please visit our flower store.