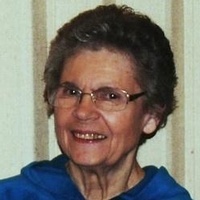 Elaine Alyce Kettwig, age 85, Long Beach, WA, formerly of Clark, SD passed away at home surrounded by her family on Wednesday, May 9, 2018 after an extended battle with Parkinson’s disease and cancer.

Elaine was born on October 5, 1932 in Clark, SD to Gilbert and Hulda Kruthoff.  She attended grade school at both Willow Lake Township and Fordham Township and graduated from Clark High School in Clark, SD in 1950. That same year she was united in marriage to Jerry C Kettwig. They had celebrated 67 years of marriage and had 4 daughters.

In 1966 the family moved to Auburn, WA where they raised their family. Elaine spent over 30 years in banking and upon retirement in 1996, Elaine and Jerry moved to Long Beach, WA, where they often entertained their large family. In her spare time enjoyed tending her gardens and took great pleasure in cooking. She took pride in passing those passions on to the many generations that graced her home. She was also instrumental in the founding of Shoeboxes of Joy, a local charity that she worked with every Christmas.

A Celebration of Life will be held on Friday May 18, 2018 at 2:00 PM in the Ocean Park Lutheran Church at Ocean Park with Pastor Dawna Svaren officiating. In lieu of flowers a donation can be made in her name to Shoeboxes of Joy, PO Box 684, Long Beach, WA 98631. Please write in her guestbook at www.penttilaschapel.com

To order memorial trees or send flowers to the family in memory of Elaine A Kettwig, please visit our flower store.