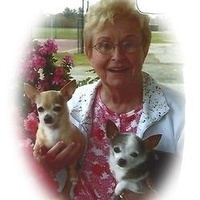 Lorraine Lucille Watson, 89, a resident of the Peninsula the past 40 years, died at her Long Beach residence on May 14, 2018 surrounded by her family. The daughter of George and Mary (Crawford) Davis, she was born February 24, 1929 in Vancouver, Washington. It was the Depression Years, and Lorraine's up-bringing was meager and simple, her family which included a brother and three sisters, resided in a small two bedroom home.

Lorraine graduated from Fort Vancouver High School, later graduating from Pacific Beauty School. On November 28, 1953 she married Gene Watson and their first home was in the Orchards area on Fourth Plain Blvd. where they resided for the ensuing 25 years. At age 23 Lorraine operated her own beauty business and following her marriage and family she continued to care for customers from the basement of her home.

Forty years ago, in 1978, she and Gene moved to the Peninsula and there she operated Surfside Hair Care until retirement at age 62. Lorraine was a member of Ocean Park Moose, Ocean Park Eagles and Long Beach Elks #1937. She was also a member of the Silver Spurs Saddle Club and Altrusa. She loved to create pastel drawings, enjoyed traveling, entertaining family and friends, and had vacation homes in Yuma, Arizona and at Lake Merwin Campers Hideaway.

Graveside Rites will be held Friday, June 22, 2018, 1:00 PM at Park Hill Cemetery in Vancouver. Her guestbook is available at www.penttilaschapel.com

To order memorial trees or send flowers to the family in memory of Lorraine L. Watson, please visit our flower store.