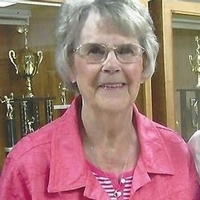 Rose was born in Naselle, WA to Waino and Sigrid Penttila on January 22, 1929. She grew up on the family farm along the Naselle River, spoke fluent Finnish, and took part in all the farm chores—hay making, cow milking, berry picking, gardening and canning.

She graduated from Naselle High School and married Jack See on July 24, 1948. During their early married life, Rose clerked at Okie’s Mercantile and, after raising their four children, went on to various jobs in the food industry. She loved recipes, cooking, raising vegetables and growing flowers. Her grandchildren loved to spend time in her kitchen and garden. They always got to pick the first strawberry ripe on the vine, learned to knead bread dough and she didn’t mind if it sometimes left the bread board and splatted on the floor. In the winters when it snowed, she would often call at first light to let them know to look out the window. She took delight in their delight—she was just that kind of grandma.

After their children were on their own, Jack and Rose hosted a foreign exchange student from Germany, Silke Kusian, who became their “little German girl.” Silke visited Naselle frequently in the ensuing years. She and her family were here in April. After Silke learned of Rose’s death, she wrote “Rose was such a wonderful, warm-hearted person. I’m so thankful I had the chance to stay at their house. She and Jack have changed Markus’ and my life and it was simply wonderful to know Rose and being loved by her. Now God is taking care of her.” And, over the years, these same sentiments came from so many people whose lives interacted with hers.

Rose and Jack spent several seasons at her brother, Joe’s logging camp in Saginaw Bay, Alaska where Rose ran the cookhouse with her sister-in-law, Dorothy. They were always up to something—soap-making, crab cooking, making jelly from Fireweed flowers—they had so much fun.

Rose and her siblings shared a quick wit and, those times the family was together, it was nothing but story telling and laughs. Rose was preceded in death by her three brothers—Eldred, Eldon, and Joe Penttila and her husband, Jack See. She is survived by her sister, Verna Holm of Naselle, her children Darrel (Teri) See, Jenelle (Hans) Varila, and Alan (Brenda) See all of Naselle, and Adele (Eric Rosvold) See of Petersburg, Alaska and Silke (Markus) Dehn of Germany.  Also surviving are grandson's Eric and Greg See, Aaron Varila, Logan Swanson, and Gabriel and Connor See. She leaves three granddaughters: Jordan Allen, Keely Swanson and Haleigh See and great-grandchildren, Hunter and Landon See, Rylee Varila, Aria Swanson and Dylan Allen and many nieces and nephews. Also surviving is her sister-in-law, Patricia Wilson of Longview.

Donations in remembrance of Rose’s life may be made to The Peaceful Hill Cemetery, PO Box 47, Naselle, WA 98638.

Service was held at Naselle Lutheran Church on May 12th with committal at Peaceful Hill Cemetery.
Her guestbook is available at www.penttilaschapel.com.

To order memorial trees or send flowers to the family in memory of Rose A. See, please visit our flower store.