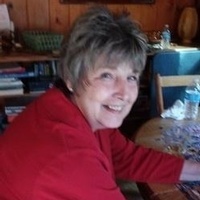 Jenny Lynn Norman, 66, died at her home in Ocean Park on May 2, 2018 following a valiant battle with pancreatic cancer. Jenny was born April 6, 1952 in Tacoma, Washington, the daughter of John and Evelyn (Reid) Gill.

A 30 year resident of Pacific County, Jenny and her late husband, Phil Noman, bought Marylou’s Tavern in downtown Long Beach in 1988 and operated it for the ensuing 20 years. Besides owning Marylou’s, she also worked at Safeway for over 30 years. Following retirement, Jenny moved to Ocean Park where she enjoyed living at her residence on a lake and loved to travel and was able to do so in the last 4 years.

Jenny had an amazing outlook of life. She loved so many people, as if they were family. She had the love of so many people that she encountered. Her daughter and her 2 grandsons were the light of her life. Jenny will be remembered for her beautiful smile, her sparkly blue eyes, her infectious laugh and the hugs and kisses she gave out freely.

Jenny was married “off and on” to Phil Norman for over 30 years. He died previously. Survivors include daughter Cori Norman of Beaverton, Oregon; multiple brothers and sisters around the United States; grandchildren Jeffrey Lee King, Jr and Cody Blake King, bother of Beaverton, Oregon; and so many nieces nephews and great nieces and nephews.

Memorial service will be held Saturday June 23, 2018, 1:00 PM at the Elks Lodge in Raymond, Washington. Her guestbook is available at www.penttilaschapel.com

To order memorial trees or send flowers to the family in memory of Jenny L. Norman, please visit our flower store.