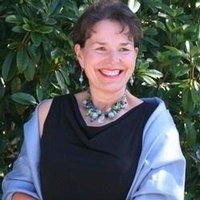 Kristine Rose Lashley, a lifelong Peninsula resident, died at her home in Seaview on April 17, 2018, surrounded by her family.

Kristine was born on July 5, 1951, to Mary and Emmett Leback of Ilwaco. She had fond memories of growing up on Spruce Street with her brothers, David and Paul, and of caring for her uncle’s horses at the Seaview Riding Academy. As a teenager, she worked in the charter office at Jessie’s Ilwaco Fish Company and at Red’s Restaurant. After graduating from Ilwaco High School in 1969, she attended Astoria Beauty College and began her career as a hairdresser at the Iron Gate in Ilwaco. Several years later, she opened Kristine’s Beachcomber, which she operated until her retirement in 2015.

She met Darrell Lashley outside of Doupé’s store, when he mistook her Golden Retriever for someone else’s and attempted to load the dog into his Rambler. They married in 1979 and made their home in Seaview, where they raised their two children and where Kristine cultivated a lush garden.

Kristine loved cutting hair and cherished her longtime relationships with her customers. Known for her elegant flower arrangements, she always had a fresh bouquet on the counter of her shop. Her other creative pursuits included sewing, quilting, baking, and photography, but her greatest passion was her family. Kristine’s devotion to her children and their activities was surpassed only by her zest for her two grandchildren.

Upon retiring, she could be found tending her flowers, biking the dune trail, sewing outfits for her grandkids, and swimming at the Astoria Aquatic Center. She spent many hours roaming the Peninsula on wildlife photography expeditions, capturing everything from blue herons to bobcats. She enjoyed close friendships with her Seaview neighbors and was a lifelong member of St. Mary’s Catholic Church.

She is survived by Darrell, her husband of 39 years; son Erik Lashley of Seattle; daughter Kara Lashley and son-in-law Lyle Bradley of Boston; her beloved grandchildren, Lily and William Bradley; and her brothers, David Leback of San Francisco and Paul Leback of Ilwaco.

To order memorial trees or send flowers to the family in memory of Kristine R. Lashley, please visit our flower store.