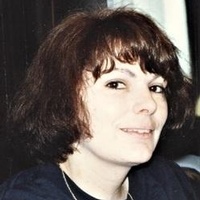 Beloved mother and grandmother, Donna Jean Wray, born March 24th, 1950 in Ilwaco, Washington to the late Dorothy Howell and late Douglas Wray, passed away at age 68 on April 13th, 2018 in her home in Ilwaco.

Previous marriages include John Wirkkala, Greg Schaeffer, and Stephen Early prior to finding her surviving partner, Earl Soule. Her love for him led her to legally change her name to Glenda Donna Soule in recent years.

Donna was a hardworking woman, having served many years in the charitable gaming industry as an administrative figure and supervisor for the better part of the 20 years she lived in Alaska. Upon moving back to Washington in 2007, she worked as a caregiver, where she got to showcase her compassion for others. In most recent years, she enjoyed boat building with Earl. An injury in 2016, however, left her unable to continue with this work, much to her disappointment.

She had many things in life that brought her joy, such as her love of reading and writing in journals as well as taking long walks in Long Beach. She also loved traveling, and was particularly fond of her trips to Las Vegas. She was most known for delighting others with her cooking, especially her potato salads as noted by dear friend Annette Boslar.

Donna will be cremated by Penttila's Chapel by the Sea. There will be no public service, as the family will be holding a private ceremony to spread her ashes.  A headstone is planned to be placed at the Deep River Cemetery where she can rest next to her daughter.

To order memorial trees or send flowers to the family in memory of Donna Wray, please visit our flower store.