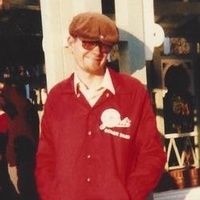 Raymond “Scott” Kangas, 51, died at his Ocean Park residence on February 25, 2018 of natural causes. The son of Marvin and Nancy (Flagar) Kangas, he was born in Vancouver, Washington on May 14, 1966. Scott grew up in Vancouver where he graduated from the Washington State School for the Deaf. Moving to Ocean Park with his parents, he attended Ilwaco High School for several years.

Scott was a kindhearted soul, generous to a fault, was blessed with artistic abilities which enabled him to draw comic strips of his own creation, and he enjoyed watching old comedy reruns on TV. Scott's real joy in life, though, was flying kites which were of his own creation. In past years he was known to dress-up as a clown and at Halloween dressed as Paul Stanley aka “Kiss”. Scott made the best of his life, touched many lives, and was the sparkle in his mother's eyes.

Scott is survived by his mother Nancy Roylance of Ocean Park; brother Tony Kangas of Ocean Park; and other members of his extended family. He was preceded in death by his father Marvin Kangas.

Scott's guestbook is available at www.penttilaschapel.com.

To order memorial trees or send flowers to the family in memory of Raymond Scott Kangas, please visit our flower store.