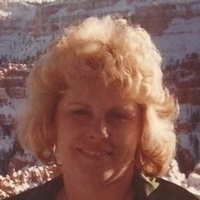 Our beloved and special mom, wife, daughter, grandma and adopted mom to many, Claudia Marie Edwards, 75, died from complications of a stroke on January 29th in Portland.

Claudia was born in Vancouver, Washington on October 29th, 1942 to Bill and Ida Wulf. Their only child, she had a happy childhood, living in the Dollar's Corner area near Battle Ground. Beginning at age eight she began her cooking skills, and attended Battle Ground grade and junior high until 1957. That year the family moved to the Peninsula where she graduated from Ilwaco High School with the class of 1960. Immediately following high school she went to beauty college for a year.

In March of 1961 she married Larry Edwards who was in the US Coast Guard and they lived in Ilwaco. She gave birth to her daughter Claudette on May 4, 1963 followed by a son Blaine on March 1, 1965. In 1972 they divorced. After a time away from the Peninsula, Claudia and children returned to the Peninsula where she worked various occupations.

In 1981 the family moved to Kodiak, Alaska along with best friend Marie Minkoff and in 1983 she met and became life partner to Jim Kemmer. Together they began a life of adventure, fun and many happy moments. In 1989 they purchased a ranch in Eastern Oregon and enjoyed many happy times “over there”. Claudia's special gift was being a cook for family and friends, making a “bunch of food” for all, especially her own special creations.

In her younger years she was a member of Chinook Lutheran Church where she was active with the choir. Later she became a member of Ocean Park Community Church. She loved the Lord, Bible study, fun events at church, loved Joyce Meyer and always wanted to see her in person. In the late '70s she was a member of the Junior Women's Club. Claudia loved to travel, having gone to Hawaii twice; but her favorite destination was Jackson Hole, Wyoming. There she dreamed of having a place in front of the Teton Mountains. Digging razor clams was a favorite activity and the annual highlight was hosting a Fourth of July Party! She was the bright spot of her family, loved by many and she will be missed so very much.

Celebration of Her Life will be Sunday, February 18, 2018, 3:00 PM at the Chinook School Event Center Gym. A dessert reception follows. Her guestbook is available at www.penttilaschapel.com.

To order memorial trees or send flowers to the family in memory of Claudia Marie Edwards, please visit our flower store.