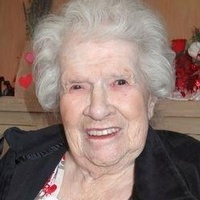 Dorothy Ann Anderson (94) passed on January 20, 2018 at Garden View Residences in Shoreline, Washington. She was born in Astoria, Oregon on June 16, 1923 to Oscar and Mayme (Hanhela) Johnson. She grew up in Rosburg, Washington with her twin, Betty Marie, and brother, Kenneth Milton. She attended Riverside and Grays River elementary schools and graduated from Naselle High School in 1942.

Dorothy resided in Seattle during WWII and worked for Puget Sound Power. Dorothy married her high school sweetheart, Delbert (“Pinky”) Anderson July 28, 1943 in Seattle. Pinky was enlisted in the Army and deployed overseas to the Pacific Islands for the war’s duration.

After the war, Dorothy and Pinky returned to Naselle, bought their house and settled into post-war life. Dorothy enthusiastically embraced the role of homemaker and mother to Charlotte (1947) and Carolyn (1950). She enjoyed canning fruits, pickles, and jams. Desserts were always “from scratch.” Dorothy loved making a variety of breads including Finnish coffee bread. Dorothy usually had a sewing or knitting project going for herself or for others.

Dorothy was always involved in the community events. As a child, she learned to dance with her parents at the Rosburg community dances. As an adult, she and Pinky continued their love of dancing at the many local dances. Dorothy worked for the county election board for Naselle elections. In 1960, she was the Census Enumerator for all Naselle. She was a Comet Booster Club member and attended all sports events. Dorothy was always at her daughters’ church and school programs.

In 1971, Pinky transferred to Borneo, Indonesia as a logging superintendent with Weyerhaeuser. Dorothy moved her household and talents to a jungle logging camp making a home among 20 other ex-pat wives. Dorothy learned Indonesian and talked easily with Indonesian workers who sought her out for conversation. She created a cookbook using with favorite family recipes from other wives to remember their gatherings. While in Borneo, they traveled to many Far East countries. She has traveled to Germany, England and Scotland. In 1974, they returned to the local area and Pinky transferred to Weyerhaeuser Kalama. In 1975, Pinky retired with a disability from Weyerhaeuser and they moved to Puyallup, Washington.

Dorothy is survived by her daughters, Charlotte Anderson (Seattle, WA) and Carolyn Anderson (Lynnwood, WA); her grandson, Justin Anderson (Suvarna), and 3 great grandsons (Tyler 12, twins Arik and Deven 7) of King City, OR. Dorothy is also survived and remembered by her cousins, nieces, and nephews on both sides of the family.

Funeral services for Dorothy will be Sunday, January 28, 2018 at 1:30 pm at the Naselle Congregational Church, 14 Parpala Road. Lunch reception immediately after services. In lieu of flowers, memorials may be made to: Peaceful Hill Cemetery, P.O. Box 47, Naselle 98638.

Condolences can be left at www.penttilaschapel.com  or sent to Charlotte and Carolyn Anderson at 4125 Beach Dr. SW, Seattle, WA 98116.

To order memorial trees or send flowers to the family in memory of Dorothy Anderson, please visit our flower store.