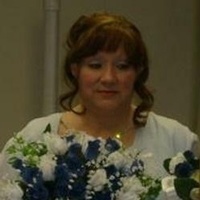 LONG BEACH — Cheryl Yvonne Bonfigt, a resident of Long Beach, passed away peacefully surrounded by family on Jan. 4, 2018 at her home in Long Beach, Wash. She was 66. Cheryl was born in Vancouver, Wash., to parents Donald and Ellen (Lowers) Diehl on July 31, 1951. She grew up in St Johns, Oregon and she attended and graduated from Roosevelt High School where she continued to live to care for her family.

She met and married Gerald Greene in the early ‘70s and had two sons, Matthew and Nicholas. They later divorced. She met Dale Otto Killam while she worked at Lyndon Farms. They married in the early 1990s and stayed married for 24 years before his passing in 2003. They had a daughter, Tara Killam. After working at Lyndon Farms, she chose to provide daycare for parents because of her love of children, and these children became a part of her family where they enjoyed many camping trips, fishing, Christmas and summer events.

After 20 years of daycare she decided to try out and worked as a fuel cashier at Jubltz truck stop before moving to Long Beach in 2001. After Dale’s passing in 2003 she fell in love and remarried six years later to her lifelong friend, Michael Bonfigt, where his son Dane Bonfigt and daughter Danielle Fleming became a tight-knit blended family.

Cheryl worked at Jack’s Country Store and Sid’s Market up until the last three years before her health started to decline. She was a member of the Anchor Baptist Church. Cheryl had great work ethics and she always worked at something. She loved camping, fishing, Christmas, summer events, Bible studies with her church and she loved spending time with her children and grandchildren.

She was preceded in death by her parents; her first husband, Gerald Greene; her second husband, Dale Otto Killam; a son, Dane Bonfigt and a brother, Douglas Diehl.

She was a loving mother, grandmother, great-grandmother, daughter, sister, aunt and friend and will be dearly missed.

A memorial service will be held on Saturday, Jan. 13, at 2 p.m., at the Anchor Baptist Mission Church, 16814 Pacific Way, Long Beach, with a potluck to follow at the church.

To order memorial trees or send flowers to the family in memory of Cheryl Yvonne Bonfigt, please visit our flower store.