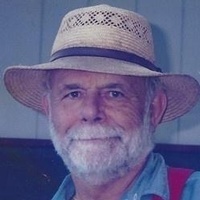 Beloved husband to one, father of two, friend and mentor to many, Peter Porter Hunter passed away on January 5, 2018 in Astoria, Oregon.  He was born to Willard and Margaret (Lynch) Hunter in Arlington Colorado.  His birth certificate says otherwise but his mother said she knew when he was born and it was on October 27, 1930.

After spending his early childhood in Arlington, the family later moved to Gunnison where Peter graduated from Gunnison County High School.  He earned a Bachelor of Arts degree from Western State College of Colorado.  Peter then joined the Navy.  While stationed at the Naval Post Graduate School in Monterey California, Ensign Hunter met his bride Louise Holm who was working at the Fort Ord Hospital.

Peter and Louise married in 1954 and then made their first home at Amadore Naval Station in Panama where he served as a meteorologist for two years. The Hunters then returned to the Holm family farm in Naselle. Peter farmed and then in 1966 became a counselor at the Naselle Youth Camp where he worked for over twenty years.

Peter and Louise were active farmers, first with a dairy and then with beef cattle. Peter loved farming and for many years  made hay not only for the farm but for others all over the valley. Peter enjoyed fishing, duck hunting, golf, clam digging, tending his roses, and in the last several years became an avid watcher of the Tennis Channel.  Peter and Louise enjoyed traveling, making trips back to Peter's home in Colorado a family adventure.  After retirement they went to Alaska and made several trips to Hawaii.

Peter and Louise built their home starting with the original house on the farm.  He was a talented carpenter, handyman, and cabinet maker.  He kept things on the farm running with his mechanical and welding skills.

Peter was a member of the Naselle Lutheran Church and was actively involved on the church council.  Peter believed strongly in education and served for many years on the Naselle-Grays River Valley School District Board of Directors.

His greatest accomplishment was as a husband, father, and friend.  Peter and Louise's children are Mitzi and Peter and grandchildren Emily and Katie.  It was the delight of his life to be “Poppa” to his granddaughters. The name Peter means “rock” and that describes Peter perfectly; he could always be counted on the be there, to be level headed in decisions and was a friend and mentor to many.

Scholarship Fund.  His guestbook is available at www.penttilaschapel.com

To order memorial trees or send flowers to the family in memory of Peter P. Hunter, please visit our flower store.