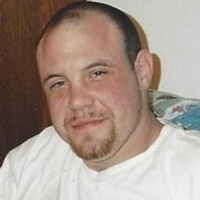 Matthew C. “Matt” Pedersen, 39, died in Portland, Oregon on January 3, 2018 of natural causes. The son of August and Sharon (Wisner) Pedersen, he was born in Astoria on April 3, 1978.  Matt grew up in Ilwaco, attended Long Beach elementary and graduated from Ilwaco High School with the class of 1997. While a Fisherman he played varsity football and wrestled, attending state tournaments.

Following high school, Matt joined the US Army and was stationed in Kuwait. Returning to the Peninsula, Matt fished in Alaska with his father for a number of years. Following his love of cooking, he cooked for Nancy and Jimella and later at the Pickled Fish. Always one to enjoy the outdoors, Matt was an avid hiker, North Head being a favorite locale. In addition he did gear work for crabbers, was a talented woodworker and carver, and enjoyed his family and friends.  Matt was baptized in the Catholic faith.

Matt is survived by his parents August and Sharon of Ilwaco; brothers Nels and Jake Pedersen both of Anchorage, Alaska; and other members of his extended family.

No service at this time.  Memorials may be made to Friends of Chinook School. His guestbook is available at www.penttilaschapel.com.

To order memorial trees or send flowers to the family in memory of Matthew C. "Matt" Pedersen, please visit our flower store.