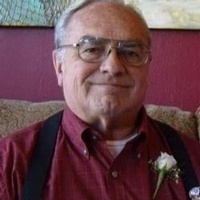 He was preceded in death by his beloved wife of 54 years, Gwen, in 2015. His parents, Frits and Jean van Son, and his sister, Holly, also preceded him in death.

He is survived by his children, Kathryn (Mark) Lacy; Michael (Lois) van Son; Jessica van Son and John van Son. He is also survived by 13 grandchildren, three great-grandchildren, numerous nieces and nephews, as well as his dear companion, his cat, Izzy.

Rod attended Montana State University in Bozeman, Mont., where he played clarinet in the concert band. He then joined the Navy where he was stationed on the USS Herbert J. Thomas, DD-833 and trained in marine electronics.

He married Gwen in Great Falls, Mont., on June 3, 1961. They moved quite a bit during his naval career and settled in Bellevue, Wash. They moved to the Long Beach Peninsula in 1979, where he opened his own business, Rod’s Marine Electronics.

In addition to being a marine electronics technician, he also served as an Ilwaco volunteer firefighter and EMT. In his later years he was a bus driver and mechanic for the Ocean Beach School District and Knappa, Oregon School District.

Rod enjoyed volunteering his ham operator services for the amateur radio emergency services. He also enjoyed writing and was proud to share it with others.

Rod will be remembered by his family and friends for his sense of humor, his love of children, his love of music, and for being a great dad.

www.penttilaschapel.com where one may sign his guestbook.
To order memorial trees or send flowers to the family in memory of Rodney B. van Son, please visit our flower store.