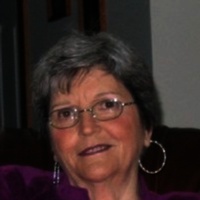 The Life of Joyce Brookins 75, a 19 year resident of the peninsula, will be celebrated on Saturday 2:00 PM December 2, 2017, at Sunset Sands Club House.

A native of Waldron, Arkansas, She was born there on August 18, 1942, the daughter of William and Eula (Hooper) Calvert. Three years after her birth Joyce moved with her family to Longview, Washington. Four years later the family moved to Live Oak, California where Joyce received her education and graduated from High School.

On July 16, 1960 Joyce married Jerry Wilcox whom she had met one year earlier while Jerry was serving in the United States Air Force. Joyce became a wife and a mother of two Daughters, Kayleen (Wilcox) Durand and Charissa (Wilcox) St Clair. It was after the service the couple settled in Colusa, California. A Graduate of the cosmetology program at Yuba College, Joyce also worked outside the home as a beautician. For a number of years she and her twin sister Lois Woolwine operated Twin Curls Salon in Colusa. In 1972 Joyce and Jerry were divorced and in 1972. Joyce met Patrick Brookins and were married on August 31, 1974. It was then when Joyce came to love the Long Beach Peninsula after the couple spent their honeymoon here. Joyce was with Pat until his death.

Often Joyce would visit her twin sister who lived on the Peninsula over the years, Joyce decided to settle permanently in Ocean Park nineteen years ago. It was here she could enjoy the serenity and natural beauty of this coastal community. Over these past years Joyce enjoyed spending time with her friends and family.

Joyce’s guestbook is available at www.penttilaschapel.com.

To order memorial trees or send flowers to the family in memory of Joyce Brookins, please visit our flower store.