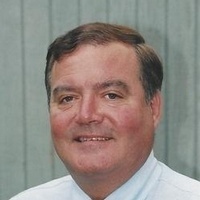 Born during what was considered one of the worst blizzards on record for the northern Plains, Dan Stucki made his surprise entrance on December 28th, 1948. His father Carl Stucki was an Air Force pilot stationed at Ellsworth Air Force Base near Rapid City, South Dakota.

Growing up an “Air Force Brat” Dan moved with his family, living in a multitude of places including Texas, Puerto Rico, Goose Bay Labrador, Iowa and Alabama. While in Iowa Dan earned the honor of becoming Iowa State’s youngest Eagle Scout ever, at age 13. When his father was stationed in Rangoon Burma, Dan went with the family and attended his final years of high school at the closest accredited high school which turned out to be the American International School in New Delhi India. He was awarded a ROTC scholarship and continued his education at WSU, earning his bachelor’s degree in political science in 1971. While at WSU he met Brigid Byrne and they were married in 1971. Soon after Dan was commissioned an Air Force lieutenant and stationed in California and North Dakota. Dan was honored as Air Force Bombardier Navigator of the Year and served overseas during the Vietnam war.

From a young time Dan was interested in food and loved cooking. It seemed like a natural transition when in 1976 he decided to get out of the Air Force and purchase a restaurant. Wanting to be closer to family he and Brigid moved to the Long Beach Peninsula and purchased the Tides Restaurant in Long Beach and later the Lamplighter Restaurant in Seaview. Dan and Brigid were absolutely thrilled when their son Tommy joined their family in 1983. Dan became Mr. Mom, taking Tommy to work with him frequently as it was hard for him to be separated from the little guy.

Dan was a Boy Scout leader on the Long Beach Peninsula and sponsored trips to Mount Hood to build igloos and ski, to the San Juans to sail boats and to Radar Lake for camping and crawfishing along with many other adventures. He was also a member of the Long Beach Merchants Association and the Kiwanis Club.

Dan is survived by his son Tom Stucki of Chinook and Tom's fiancé Lindsey O’Kelly, sisters Becky Stucki of Aberdeen, Washington, Carla Amerau of Alexandria, Virginia and Jan Erickson of Portland, Oregon along with many nieces and nephews. He was predeceased by his parents Carl and Min Stucki.

Memorial service will be Sunday, December 3, 2017, 12 o'clock Noon at Penttila's Chapel by The Sea in Long Beach with a reception following. His guestbook is available at www.penttilaschapel.com.

To order memorial trees or send flowers to the family in memory of Dan Allen Stucki, please visit our flower store.