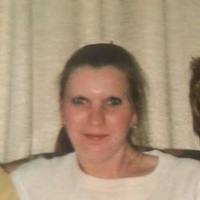 Debra Lynn Thatcher, a resident of Long Beach, WA passed away on October 30, 2017 at her home in Long Beach. She was 58.

Debbie was born in Vancouver, Washington to parents Fred L Freuler and Yvetta E Vedin.  Debbie as a child was a little blonde blue eyed monster full of life yet in public was very shy and quiet, not speaking in school until the second grade.  She started school in Amboy, Washington.

She married Donald Delap in 1975 while he was in U.S. Army.  They have 2 beautiful daughters, Amy Lynn Delap of Los Angeles California and Jenny Delap of Vancouver, Wa.  They later divorced and Debbie married Jim Thatcher in 1992;  they had 2 daughters Tristan and Christina of England.  Jim and Debbie divorced in 1998.  She never remarried. Debbie loved housekeeping and her beautiful dog Sadie. She also spent numerous hours making jewelry for family and friends.

A celebration of life will be held at the Heritage Bible Church in Cathlamet, WA  on Saturday November 11 th at 1:00 PM

Her guestbook is available at www.penttilaschapel.com.
To order memorial trees or send flowers to the family in memory of Debra Lynn Thatcher, please visit our flower store.