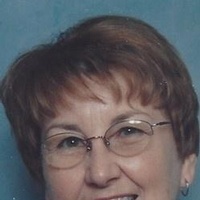 Sharon L. Sites, a resident of Ocean Park, died at her residence on October 26, 2017. She was 75. Sharon was born in Harrisburg, Pennsylvania on February 22, 1942, the daughter of George Bricker and Miriam Barger. In her early life Sharon lived with her family in New Cumberland, Pennsylvania where she attended school and met Rudy Sites. She graduated from Cedar Cliff high school in 1960. ,Later she graduated from Jefferson University Hospital, becoming a registered nurse.

She married her longtime friend Rudy Sites on August 22, 1964 in New Cumberland. She worked as a registered nurse in Crozier Hospital in Chester, Pennsylvania a few years.

In 1981 she and Rudy moved to Battleground, Washington where she worked as a veterinary assistant which she enjoyed very much. After moving to the Peninsula twelve years ago she was a recorder and an active member at the Peninsula Women of Moose for 12 years.

She enjoyed quilting, reading and traveling. Sharon used to frequently visit her husband Rudy when he had to work and live in Japan in 1997. Sharon would recall a favorite memory with her husband of taking a cruise from Vancouver BC to Yokohama Japan on their 50th wedding anniversary.

A celebration of life and Potluck will be held at the Peninsula moose lodge on Saturday, November 25, 2017 at 1:00 PM.

Her family requests memorial in Sharon’s name to Harbors Home Health and Hospice in care of Penttila's Chapel, PO Box 417, Long Beach, WA 98631. Her guestbook is available at www.penttilaschapel.com.

To order memorial trees or send flowers to the family in memory of Sharon L. Sites, please visit our flower store.