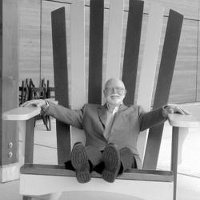 John was raised in Pasco, WA, and graduated from Pasco High School in 1969. In 1970, he joined the Navy, where he was trained in electrical repair. He was stationed in Hawaii and served on the USS Claud Jones. After leaving the Navy, he married Cindy Kenitzer. They later divorced. John worked as an electrician from the time he left the Navy until his retirement.

In 1994, John married Diana Thompson. They were both interested in owning their own business; and after attending small business classes for a number of years, they started Harmony SoapWorks, which they ran in addition to working regular jobs in the Portland area. In March 1999, they purchased vacation property in Ocean Park and soon realized that was where they wanted to live. In July of that year, they moved to the peninsula, hoping to find a way to make a living there. John again worked as an electrician; and they owned and operated North Beach Electric until the company was sold. They continued to operate Harmony SoapWorks; and, over the years, it grew to a full-time business, where they manufactured soap for customers both in the US and abroad.

In addition to working as an electrician and soap maker, John volunteered with Water Music Festival, where he and Diana coordinated Jazz & Oysters for 17 years. He served on the board of the Ocean Park Area Chamber of Commerce. He was an officer in both the Pacific County Democrats and the 19th LD Democrats and was involved in many events and plays with Peninsula Players.

John fought cancer for nearly 2 years, all the while continuing to work and volunteer in the community. He was preceded in death by his parents John and Mildred Adams, and his sister, Geri Lou Egan. He is survived by his wife, Diana Thompson, his son Nathan, whom he adopted during his first marriage, his sisters, Patty Kerby and Ann Wentz, their families and many friends.

An open house celebration of John’s life will be held on Oct. 21, at the Peninsula Players’ Playhouse in Ilwaco, from noon to 3:00 pm. Food and beverages will be provided. In lieu of flowers, please consider donations to the Ocean Park Food Bank or the South Pacific County Humane Society.

To order memorial trees or send flowers to the family in memory of John W. Adams, please visit our flower store.