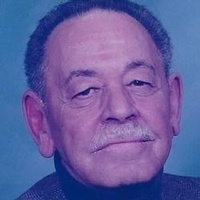 William "Bill" Coleman, 81, died at his Ocean Park residence on the morning of October 4, 2017. A native of Yakima, Washington, he was born March 5, 1934 the son of William and Marie (LaRaunce) Coleman. William grew up on the family farm, attended St. Joseph's Grade School, as a teen worked at the Horseshoe Cafe operated by his family, and played sports at Marquette High School in Yakima.

From 1956 until 1958 he served in the United States Army. On November 18, 1972 he married Judith and they established their residence in Yakima. A beautician for over 30 years, William and Judy owned and operated Mr. Lee's Beauty School in Yakima for 16 years.

In 1984 he moved to the Peninsula. William was employed at Okie's Sentry Market in Ocean Park for 8 years and at the Crab Pot Lounge in Long Beach for 6 years until retirement.

In his leisure time, William enjoyed fishing, gardening, horse races, crafts-but most of all, his marriage to Judy. He was a member of St. Peter's Episcopal Parish in Seaview.

Besides his wife of the family home in Ocean Park, William is survived by daughters Kris (Brian) Thiesfeld of Electric City, WA and Sarah Sue (Baxter) Wilson of Portland, Maine; son William David Coleman of Seattle, WA;  sister Delores Lee of Marysville, WA; and other members of his extended family. He was preceded in death by his parents and three siblings.

At his request, there will be no service. His guestbook is available at www.penttilaschapel.com

To order memorial trees or send flowers to the family in memory of William Coleman, please visit our flower store.