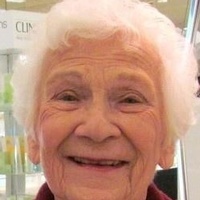 Growing up as a commercial fisherman’s daughter, Elaine started working at age 10 for extra spending money. She would “pick nets” (picking out the green, slimy moss that tangles in the nets) for $0.50 cents a day. On June 25, 1937 a road was put into Cottardi and Elaine attended and was a 1943 graduate of Naselle High School. During Naselle High School days she was involved in many activities including Glee Club, Drama and Basketball. During the summer Elaine worked in the Altoona Cannery canning salmon steaks for $0.37 an hour. On Sept. 10, 1941, working 18 hour shifts, she and the other workers canned 90 ton of salmon on the first day and a half of the Fall fishing season.

Elaine met her future husband Allen J. Goulter Jr., a freshman at the University of Washington, when he parked his Plymouth below the Pulliam home the summer he was working his father’s team of horses on the Pillar Rock seining grounds.    Elaine attended College of Puget Sound and worked for the City of Tacoma Housing Authorities after school. During the war she quit college and went to work for the United States Army as secretary to Lieutenant Dozier at McCormick Dock in Tacoma. Here she typed up “load slips” from the ship manifests to distribute food and machinery cargo to railroad cars to be taken where the needed for the war effort After three years of service in the South Pacific, Allen Goulter took leave from the Navy and married Elaine in Lake City, Washington on November 27, 1944.

In July 1952 they moved back home to the Peninsula and Allen opened his one room veterinary practice becoming the first Veterinarian on the Long Beach Peninsula. Elaine, whom Allen called his “Girl Friday,” worked together long hours to build his practice. Elaine was receptionist, helped with surgeries, general cleaning and sterilizing of equipment as well as answering the business phone, cleaning kennels and bookkeeping. In 1953 they bought property east of Hwy. 101 cut-off and later turned their cement building home into a new veterinarian clinic.          In 1977 they purchased the Sugarman Grocery Store in Seaview and converted it into the Oceanside Animal Clinic. In 1980 the clinic was sold to doctors, Ed and Catherine Ketel. Several months after they opened the Seaview clinic Elaine retired from the office work. Always the “Girl Friday” she would help out occasionally in surgery and weekend feeding but her retirement let her have some free time for her family which now included a grandchild and a new sport — golf! She enjoyed playing golf and in 1990 joined the Astoria Golf and Country Club.          Elaine was active in the community. She belonged to the Parent/Teachers Association and spearheaded the drive to check every child’s eyes in the Ilwaco School District. For many years she manned the Bosch-Loam eye-checking machine with help from other volunteers. She was an assistant Girl Scout leader from 1954-61, worked for the Heart Fund Drive in the Chinook and Ilwaco area. They belonged to the Peninsula Boosters Association. To relax Elaine would sew. She took classes in tailoring and construction to improve her seamstress ability. Elaine was a wonderfully talented seamstress and would make anything from dresses and shirts to formals and blazers for her family. She was the Nana who was always there when her children, grandchildren and great- grandchildren needed her. She was proud of all her kids’ achievements and lent support to all their endeavors.

Memorial services will be 2 p.m. on Thursday Sept. 14, at Penttila’s Chapel by the Sea in Long Beach. In lieu of flower please consider a memorial contribution to Ilwaco Heritage Museum, 115 S.E. Lake, P.O. Box 153, Ilwaco, WA 98624.

To order memorial trees or send flowers to the family in memory of Elaine Pulliam Goulter, please visit our flower store.