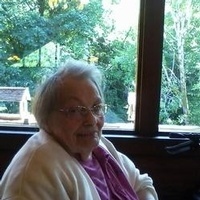 Ada Louise Simmons passed on to the Lord’s presence Aug. 15, 2017, one week prior to her 92nd birthday. Ada was born Aug. 22, 1925, Kelso, to Raymond E. and Grace Pearl (White) Light, and brother Raymond Light Jr.,who proceeded Ada's death in 2004. Raymond Light Sr. was the manager of finance for The Longview Daily News for 37 years.

As a young woman, Ada played classical piano, and was a member of her community concerts, also playing for a local radio. She graduated from R.A. Long High School and attended nursing school at the University of Portland.

To order memorial trees or send flowers to the family in memory of Ada Louise Simmons, please visit our flower store.