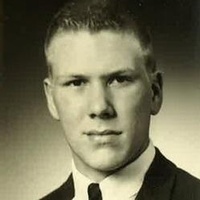 Ralph Baker, a long-time resident of Long Beach also known as “The Oregonian Man”, passed away August 10th at his home in Seaview.

Ralph, the only child of Raymond and Helen Baker, was born on January 5, 1946, in Eugene, Oregon. The family moved to Seattle where Ralph attended school in his early years.  Moving to Aberdeen in his teens, Ralph graduated from Weatherwax High School in 1964.  Soon after high school he met and married, Judy Taylor.  Ralph and Judy’s first child, a son, Thomas Edward, died at birth.  In 1969, they had a baby girl, Carole Ann, their only child.

Ralph was an odd guy who loved chatting with his neighbors and keeping an eye on the neighborhood.  He was quick to spot a deer or a bear munching away at his raspberry bushes outside his kitchen window.  As a classic car buff, he always wanted to fix up Model A Ford’s and classic Buicks.  When his daughter was young, he dragged his family to swap meets as he dreamed of rebuilding classic cars.  Ralph worked for ITT Rayonier Pulp and Paper Company in the 70’s in Aberdeen, WA.  After a lengthy labor strike and no work, he moved his family to the Long Beach Peninsula where he became the Oregonian Newspaper Distributor for nearly 30 years.  Working 7 days a week, 365 days a year delivering newspapers provides for a family, but does not allow much time or energy for rebuilding cars and attending swap meets.  So, Ralph continued to dream and talk of rebuilding those cars.  After the passing of his wife and retiring from the newspaper business, he owned Long Beach Auto Sales with Erv Neff for a few years and purchased the business from the Neff family after the passing of Erv.  Even after suffering a debilitating illness, Ralph still talked and dreamed of getting those cars rebuilt and running.  He kept reading car manuals and magazines, only to pass away before getting around to those dreams.

He was preceded in death by both of his parents as well as his wife of 30 years, Judy Baker who passed in 1996.

Memorial contributions may be made to the Beach Barons Car Club, PO Box 237, Ocean Park, WA  98640.  At his request, no services will be held.  His guestbook is available at www.penttilaschapel.com.

To order memorial trees or send flowers to the family in memory of Ralph Kern Baker, please visit our flower store.