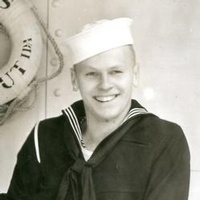 After leaving the military he drove truck for 42 years, and was an owner/operator driver for a beverage distributor. He retired in 1985.

Jack was a member of the Elks, American Legion and the Moose and Eagles. He loved backpacking and mountain climbing, which he continued until he was 70 years old. Other hobbies included hunting, fishing and traveling. He loved going to casinos and playing card; and he made wonderful birdhouses.

Jack was a very stern, no-nonsense guy who helped a lot of people. His motto was, “Do it, Do it right!”

Survivors include his significant other of 24 years, Marlyis Kendall of Ocean Park; sons, Mike Bruns (Lisa) of Tulsa, Okla., and Randy Bruns of Cascade, Colo.; a daughter, Jacqui René (Vance) of Phoenix, Ariz.; his “like sons,” Darrell Kendall (Marcia) and Wade Kendall (Robin) of Ocean Park, Wash.; granddaughters, Cerrisa Bruns of Tacoma, Shauna Jacks of Independent, Mo., Alison Whitney of Tulsa, Okla.; grandson, Joey (Rachel) of Tulsa, Okla.; plus many more grandchildren and great-grandchildren. His parents; his brother Bill; his nephew Johnny and great-grandson Afton preceded him in death.

Memorial contributions are suggested to a charity of your choice. As he requested, no service will be held.

To order memorial trees or send flowers to the family in memory of John A Bruns, please visit our flower store.