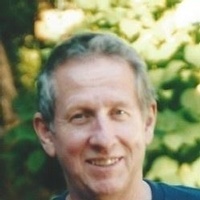 Raymond Joseph Goguen, 77 passed away on August 1, 2017 at Columbia Memorial Hospital in Astoria, Or. Ray was born in Lewisville, New Brunswick (now known as Moncton) Canada to Adelard and Fedelica Goguen. Ray, the youngest of 13 children, grew up in Amhurst, Nova Scotia. His family later moved back to Moncton, New Brunswick, where he lived till he turned 18.

As soon as Ray was 18, he followed his brothers lead and moved to the Los Angeles, California area to look for work. As soon as he found work his young wife Simonne Maillet Goguen joined him in California. They raised 3 beautiful children together and Ray owned and operated Goguen Profile Inc. with his brother Ed Goguen. They ran a successful business together manufacturing aircraft parts and even made some parts for one of the Space Shuttles. In 1985 Ray decided he had enough of California and moved to Spanaway, WA. He reopened his business in Spanaway for a while before retiring in the early 1990’s when his beloved wife, Simonne, was diagnosed with Alzheimer Disease. He took amazing care of her until her passing in 1999. Ray was lucky and found love again and in 2004 married Linda Wuorinen Goguen. They made their home in the Long Beach, WA where Ray enjoyed the outdoors and rollerblading the Discovery Trails every chance he got.

At Ray’s request no service will be held, the family will gather later to spread Raymond and Simonne’s ashes.

Memorial donations can be made in Ray’s name to the NODA (No One Dies Alone) Program at Columbia Memorial Hospital please contact Laura Lattig at 503-791-7408. Please leave condolences on Raymond Goguen’s online guest book at http://www.penttilaschapel.com/.

To order memorial trees or send flowers to the family in memory of Raymond Joseph Goguen, please visit our flower store.