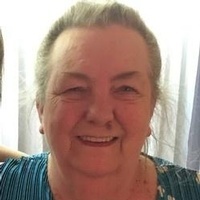 Helen Lorel Alexander , 66, passed away at her home August 4, 2017 in Long Beach, Washington from a very rare and aggressive cancer.

Mrs. Alexander worked a number of years at Rite Aid in Warrenton, Oregon. She retired from there as Assistant Manager and moved to Long Beach where she helped run Scrapaccino. After Scrapaccino closed in September of 2016 Mrs. Alexander volunteered to help when needed at Doogers Restaurant up until a couple months before her death. She loved being around people. She loved to scrapbook, do art work, and crocheting.

She was preceded in death by her parents and a daughter.

Mrs. Alexander was a member of the Baker City Christian Church in Baker City, Oregon.

A Celebration of Life will be held on her 67th birthday, September 29 at Pine Creek outside of Hereford, Oregon to honor her wishes. Memorial contributions may be made in her memory through Penttila’s Chapel by The Sea in Long Beach, Washington.

To order memorial trees or send flowers to the family in memory of Helen Lorel Alexander, please visit our flower store.