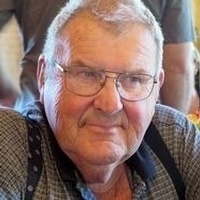 He attended grade school in White Salmon and graduated from Ilwaco High School. After high school he entered the Air Force and served from 1955 to 1958.

Bob was self employed his entire life, working in oysters, as a contractor, a real estate agent and was co-owner of the Long Beach Peninsula Trading Post and Antique Shop.

He was a busy man who enjoyed swap meets, car shows and setting up antiques at the Portland Expo Center for many years, clam digging, and he loved children; he and Brenda welcomed numerous foster children into their home over the years, including Tracy Shaw.

He was a great man, father, grandfather and brother and he will be missed by many.

His mother and father, a sister, Mardell Kirsten, and his grandparents, Frank and Mary Hunsaker and Frank and Mabel Hill preceded him in death.

Memorials are requested to the Youth Program at Peninsula Baptist Church.

To order memorial trees or send flowers to the family in memory of Robert F. Hill, please visit our flower store.