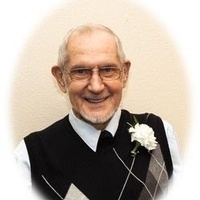 Stuart John Freese was born in the small Midwestern town of Pecatonica, Illinois in early winter of 1931, December 11, the third of six children to John and Ethelyn (Hanna) Freese. Stu passed away July 20, 2017 in Astoria.

He spent his youth in rural northern Illinois, and married Donna Kay Cole on March 7, 1954. He and Donna spent many good years back and forth between their hometown of Orangeville, Illinois and Donna’s family cabin near Grand Marais, Minnesota, where they raised their two children, Marla Jo and Jeffery Lynn on the shores of Lake Gust, catching walleye and northern pike.

After a stint in the United States Army, Stu spent most of his working career as a comptroller for various telephone companies in Illinois, (where he became a lifetime fan of ALL the Chicago sports teams: the Bears, the Bulls and the CUBS!).

But the phone company took him and the family to Circle, Montana, and finally to Ilwaco, Washington to work for Telephone Utilities, where Stu and Donna made their home on the Washington Coast in 1975.

In each of the communities he lived, Stu was involved as a volunteer fire fighter. He was a Past Noble Grand of the Oddfellows in Orangeville, was active in the Long Beach Elks Lodge, a member of the Ocean Park Eagles, the Long Beach Lions, and served on the Pacific County Historical Society Board of Directors, and worked with the Community Table.

Stu was active in the Ocean Park United Methodist Church, including being an usher on Sundays, was Chairman of the building committee, and served assorted other functions on church committees through the years.

Once he “retired”, he went to work as a realtor! Stu was never one to be idle. He was always interested in learning and if he didn’t know about something, he’d check it out. Much of his “research” may have been done on the golf course, or so he’d have us believe, as he seemed to enjoy a lot of time on the fairways (or at least out in the rough!)

He was a devoted husband and family man. Married to Donna for 63 years even as her memories began to fade, he continued to care for her with grace and dignity and love. He was ever proud of his children, Marla Jo (Freese) Johnson, (husband Jack) and Jeffery Lynn Freese, (wife Sue Sutherland Freese) and particularly fond of talking about his beloved granddaughters, Kathryn Ann, Kristina Lynn and Kelly Michelle Freese.

Stu was preceded in death by his parents, his sister Ruth (Freese) Morris, and brothers Chester, Robert and Richard Freese.

He is survived by his beloved wife, Donna, his children, grandchildren, his sister Sharon (Freese) Kleckler, and many nieces and nephews, as well as his step-granddaughter Janet Miller and children.

Whenever Stu came to visit, he had an endearing habit of starting to leave, then sticking around for another ten minutes of visiting before he’d really take off. So when he departed from this world on July 20th, 2017, it took all of us just a little by surprise. What we all wouldn’t give to have him back for just another little chat. We will miss this dear man: husband, father, grandfather, brother, uncle, friend. He meant much to many.

We invite you to join us for a Celebration of Stu’s life on Saturday, August 5, at 1:30pm at the Ilwaco Heritage Museum at 115 Lake St SE, Ilwaco, Washington. The family wishes for you to come share stories and refreshment. In lieu of flowers, please feel free to contribute to the charity of your choice in Stu’s memory. Arrangements by Penttila’s Chapel by The Sea, Long Beach.

To order memorial trees or send flowers to the family in memory of Stu Freese, please visit our flower store.