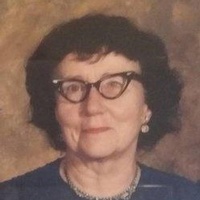 Marian Elizabeth O’Meara died in Seattle on July 19, 2017,  94 years and 4 months to the day from when she was born in Grand Forks North Dakota on March 19, 1923.     This middle class daughter of a skilled carpenter recalled using road tar for chewing gum in the blistering summers while winters saw ice on her bedside drinking glass.

Her birth parents Harry Burwell and Dagmar Olsen were married –but not to each other-so she was soon adopted by Ole and Ida Lindee.  She was reared by her dad and a series of housekeepers as her mom left the family setting early on due to chronic mental health issues.   Betty –as all of her childhood friends knew her- prided herself on being an introvert and wrapped her life around books from a very early age.  But as a teenager there were lots of movies to watch in those days when theaters sold hamburgers for a nickel and cokes for a dime.   She watched so many films that she dropped out of school, finally graduating a year behind her class and then joined the Cadet Nurse Corps following the death of “Her Daddy” Ole in 1942.

She had lots of stories about working at Madigan Hospital at Fort Lewis, from the German POW who was in a panic to get back to base after falling to sleep on a work party to the horror of a patient getting his legs amputated because the boiling hot water bottles to pre-warm the sheets after surgery were not removed before he was placed in bed, and the nightmare tale of a headless newborn secretly kept alive for weeks by a softie nurse.

At the Fort she also met her first brown eyed handsome man, sergeant John Diaz from Los Angeles.   They celebrated VJ day together and thanks to the joy of World War 2 finally being over –and a little help from a bottle of wine-she became a mother and wife (the latter for a short time) 9 months later.   Baby Marilyn and Marian returned to the cold winter of Minnesota, but soon mother and daughter were back to Washington and living in Seattle where she was a Registered Nurse at Swedish Hospital.  There she worked with Mary Williamson, daughter of a fireman on the old clamshell railroad, who played matchmaker for her cousin Bill O’Meara.   So this big city gal became a small town girl who moved to Ilwaco in 1951, back when it had three grocery stores, two butcher shops, and a movie theater.  In 1956 she moved to the Frogtown neighborhood of Chinook where she lived on 4 acres with tidelands until after her husband’s passing in 1993.  Then off to Seattle, where she was in a high rise for a time then stayed with Marilyn and then Bill and John until 2007.

Her live revolved around her children;   Marilyn, who Bill proudly adopted and always treated as if he was her biological dad, and the sons who have shared a home in Seattle for the past four decades.  All three live in Seattle at the present time.    Marilyn’s long time companion is Al Smith, while Bill Junior spends most of his time with his best friend Gwen Decorte-Reid in Aloha, Oregon.  Marian has no grandchildren, but is survived by her cousin Adeline Farnes of Minnesota.

Marian’s closest friends while living at the beach were Dolores Alexander and Georgia Pierson, both deceased.   She loved her animals, especially Elizabeth her transsexual tomcat, Teddy the guinea pig, and legions of possums and raccoons who dined on the peanut butter sandwiches she left on the back porch for them every evening.   Books and movies remained vital to her life.   She proudly got every square of the New York Times crossword puzzle each day and bought scads of movies on-line.

Having worked in a nursing home mid-life she had always said she would NEVER go into one herself, but when her mobility failed her she changed her mind and had 3 happy years at Saint Anne’s in Seattle followed by 7 more years there of decline into dementia and its horrors.

At her request there will be no memorial.  Her guestbook is available at www.penttilaschapel.com.

To order memorial trees or send flowers to the family in memory of Marian E. O'Meara, please visit our flower store.