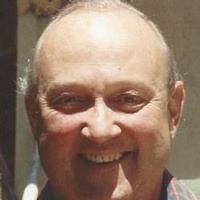 Larry Hickey, a great husband of 57 years; a beloved father, grand and great-grandfather, passed away on April 25, 2017 in Olympia, Washington of complications from pneumonia. He is survived by wife Annemarie; sons Christian and Matt; grandchildren Stephanie, Matt, Emily and Scott; and great-granddaughter Mayme.

Larry was born in Portland, Oregon on August 23, 1932, the son of Jennie and Ed Hickey, both professional oyster shuckers in both Portland and Ocean Park. His parents began visiting Ocean Park when Larry was a toddler, later moving to the Peninsula where Larry attended Ocean Park grade school and Ilwaco High School. He graduated from Franklin High School in Portland in 1951.

Larry served in the United States Air Force from August 1951 through August 1955, stationed in Mississippi and Alaska. Returning to Portland, he attended Portland State College. He met the love of his life, Annemarie, at “Canadian Weekend” at Timberline Lodge on Mt. Hood and they married a year later in west Vancouver.

Larry was a “foodie”, working in the food service industry for many years until retirement in 1998. His employment took him to Portland, San Francisco, Sacramento, Los Angeles and Seattle.

Larry and Annemarie shared a love of skiing, camping, mushrooming, motorcycling, clam digging (he dug his last limit one week prior to his death!) and traveling the Southwest. Larry was an avid hunter and fisherman of streams in the Cascades and Sierra Nevada's.

Because Ocean Park was so special to their family, Larry and Annemarie built a second home here in 1974 and hosted garlic parties for many years. Their grand-daughter was married at Beard's Hollow in 2015!

Larry will be remembered for his hearty laugh and making friends with everyone he met. He will be sorely missed by his family, relatives and friends. A celebration of his life will be held in Lacey, Washington in September.

To order memorial trees or send flowers to the family in memory of Larry Hickey, please visit our flower store.