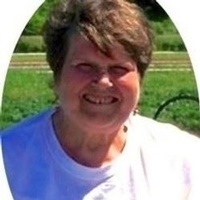 Gail C. Williams, a long-time resident of Long Beach and better known to her loved ones as “Grama at the Beach”, passed away peacefully Sunday, June 18th in Longview, with family at her side.

Born on the 4th of July, 1942, she always loved that so many people celebrated on her birthday! She would have been 75 this year.

Gail Olive May was born to Edward and Beryl Cannon in Rensselaer, Indiana. The family later relocated to Wonder Lake, Illinois, where Gail and her sister Jacquelyn Ann attended school.

She met Norman Williams during her years at McHenry East High School, where she graduated in 1960. She and Norman married on July 21, 1962 and welcomed their first child in 1963. In 1971, Norm was hired as Chief of Police in Ilwaco, Washington. Gail and four children followed Norm’s move to the Pacific Northwest in June 1972. She always told people: “I learned of the Lewis and Clark trail in school, but never dreamed I would be on it!” They welcomed their 5th child in 1973 at Columbia Memorial Hospital, Astoria, Oregon.23

Throughout the years she worked in the service industry and became an icon within the heart of Long Beach; known as “Gail from Midtown".  She never spared a smile and was always happy to help as she could. When Midtown Market closed in 1998, she worked briefly at Milton York until her retirement in 2000. She was embraced by many people with love and support in a community which she called home.

In retirement, she was a friendly face at the Long Beach Election polling booths or in her favorite seats at Cottage Bakery and Hungry Harbor. Gail also enjoyed going to events and spending time with her children, grandchildren, and of recent years great-grandchildren. She moved to Longview in 2015 to be near family for health care needs.

She was a member of Seaview Baptist Church.  Gail was preceded in death by both parents and her husband, Norm.

A private graveside celebration service will be held on the 4th of July with Brian Waldier officiating. Memorial contributions can be made to Dunes Bible Camp, 23515 Pacific Way,  Ocean Park, WA 98640.

To order memorial trees or send flowers to the family in memory of Gail C. Williams, please visit our flower store.