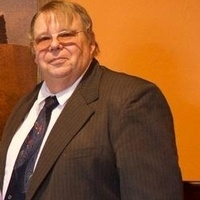 Ted was an Air Force brat whose father moved around, while serving in the Air Force, before retiring in North Carolina. Ted graduated from Rock Springs High School in Denver, North Carolina then joined the Air Force, serving four years. When he returned back home he met and married the love of his life,  Zoe Cloninger on October 23, 1971.

Ted felt the Lord calling him to be a pastor so he moved, with his family, to Fletcher, North Carolina to attend Fruitland Baptist Bible College.

After graduation, Ted was called to serve as pastor to Hamilton Baptist Church in Hamilton, WA. There he served for 6 years before moving on to a church in Salmo, British Columbia, Canada, where he served approximately five years. In the summer of 1993 he and his family moved to Ocean Park, WA where he served at Immanuel Baptist church until 1995.

After resigning from being pastor of Immanuel Baptist Church, he went to work as a long haul truck driver, in addition to being the pastor of New Hope Baptist Mission, a church start, also in Ocean Park. At the time of his death he was working for Camping World towing and delivering camping trailers to their sales lots. Ted was a very loving dedicated Christian man to his wife and family. He was a member of the Oceanview Baptist church.

Ted loved working on computers and helping people with their computer problems. He loved playing guitar and learning to play each one he had in his collection.

A fund to assist the family has been established at:
ofundme.com/ted-holland-memorial-fund.  Ted was the sole support for his family.

A memorial service is pending.  In lieu of flowers please send any contributions of support to the family.
His guestbook is available at www.penttilaschapel.com.

To order memorial trees or send flowers to the family in memory of Ted Wallace Holland, please visit our flower store.