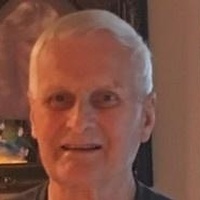 Robert W. Paavola, 81, died at his Naselle, Washington residence on April 6, 2017. The son of Walter and Lulu (Koskela) Paavola, he was born in South Bend, Washington on February 28, 1936. Robert grew up on the family dairy farm in Naselle where early on he learned the value of hard work.

He graduated from Naselle High School in 1954 and immediately began his career in the woods as a timber faller, retiring after 47 years.

Robert met Judy Bisyak at a dance and they married August 16, 1958 in South Bend, Washington. Two weeks prior to his marriage he bought a home in Naselle from his aunt and uncle, and there he and Judy lived ever since.

Robert was a 60 year member of Long Beach Elks lodge. He enjoyed caring for his home and yard, craw fishing local waters, managing the family tree farm, and avidly following college and Naselle Comets sporting events. He was also known for his skills as a cedar wood carver.

Besides his wife Judy of the family home in Naselle, Robert is survived by son Keith (Gayle) Paavola of Kelso, Washington; daughter Kimberly (Doug) Simmons of Glasgow, Kentucky; brother Marvin Paavola of Naselle; grandchildren Karina Paavola. Kailey Paavola. Austin Collins and Ariel Collins; and niece Marian (Ed) Mischel. He was preceded in death by his sister Margaret and his parents.

Robert had requested no service. Memorials may be made to either the Naselle Volunteer Fire Department or the Appello Archive Center in care of Penttila's Chapel, PO Box 417, Long Beach, WA 98631.

His guestbook is available at www.penttilschapel.com.

To order memorial trees or send flowers to the family in memory of Robert Walter Paavola, please visit our flower store.