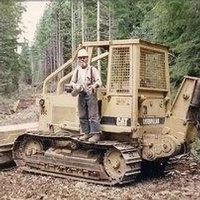 Doug Heiner, age 75, of Ocean Park, Washington went on his final drift with the Lord on Saturday, April 1st, 2017 and is no longer in pain.


Doug is preceded in death by his parents, Harold and Bernice Heiner; and his sister, Kathy Zilmer all of Altoona, Washington.

Doug graduated from Naselle High School in 1960 and served 4 years in the Navy. He was a logger and gillnetter throughout his working years and was a loving father and loyal friend to many.

Doug did not want a memorial service, so anyone wishing to get closure in his passing, just look upon the mighty Columbia River where he spent his life and reflect on your times together.
To order memorial trees or send flowers to the family in memory of Douglas Harold Heiner, please visit our flower store.