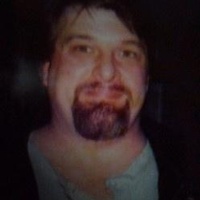 His family roots are traced back to the 1600s, descendants of John and Priscilla Alden who came to America on the “Mayflower” in 1620.

Walt attended Aloha High School west of Portland where he played football and worked on cars, a life-long love. He resided in Portland until moving to the Peninsula where he was employed as yard boss for Oman & Son in Ocean Park the past 13 years. Walt was a member of Ocean Park Moose and Ocean Park Eagles lodges.

Walt took pride in his independent spirit. He enjoyed “do it himself” home projects such as repairs, carport, extra room and even a woodshed. Walt planned and built everything from scratch.

His funeral service will be held Sat., April 22, 2017, 1:00 PM at Penttila's Chapel by The Sea n Long Beach.  A reception follows at the chapel hospitality room.
To order memorial trees or send flowers to the family in memory of Walter A. Butler, please visit our flower store.