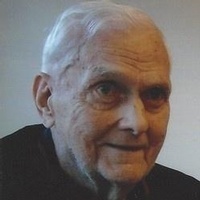 Leonard was born to Leonard and Ellen Vaughn on January 1, 1933 in Astoria, Oregon.  He began his education at the age of four in the newly opened Rosburg School, and graduated from Naselle High School in 1951.

He began working at a young age on the family dairy farm, the Grays River Creamery, and driving truck.

Leonard married Betty Nelson on October 5, 1951. They lived with Betty’s parents while building their own home nearby in Salmon Creek, where he lived for the remainder of his life.

Leonard and brother-in-law Millard Penttila were partners in L & M Garage in Naselle for 25 years. After selling the garage, Leonard began driving log truck for Johnson Forestry until buying his own self-loader and starting his own business, B & L Trucking. Leonard and Betty operated the business until he retired in 1995.

Leonard shared his dry sense of humor and ‘words of wisdom’ with those closest to him. He enjoyed the outdoors, hunting, clamming, wood-working and raising cows. He spoke fondly of being part of community basketball teams, being a volunteer fireman, involvement in churches and other volunteer projects. He enjoyed playing cards and especially loved spending time with family.

Memorial service to be held at Bethany Free Lutheran Church in Astoria at 1 p.m. on Saturday, April 29. Graveside will follow at Peaceful Hill Cemetery in Naselle at 3 p.m., with reception immediately following at the Naselle Congregational Church on Parpala Road.

Donations in remembrance of Leonard may be made to Appelo Archives Center in Naselle.

His guestbook is available at www.penttilaschapel.com

To order memorial trees or send flowers to the family in memory of Leonard M. Vaughn Jr., please visit our flower store.